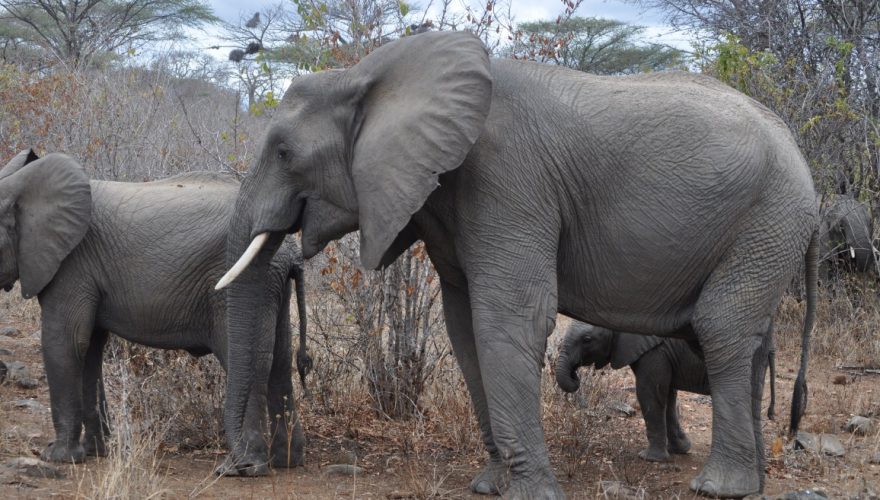 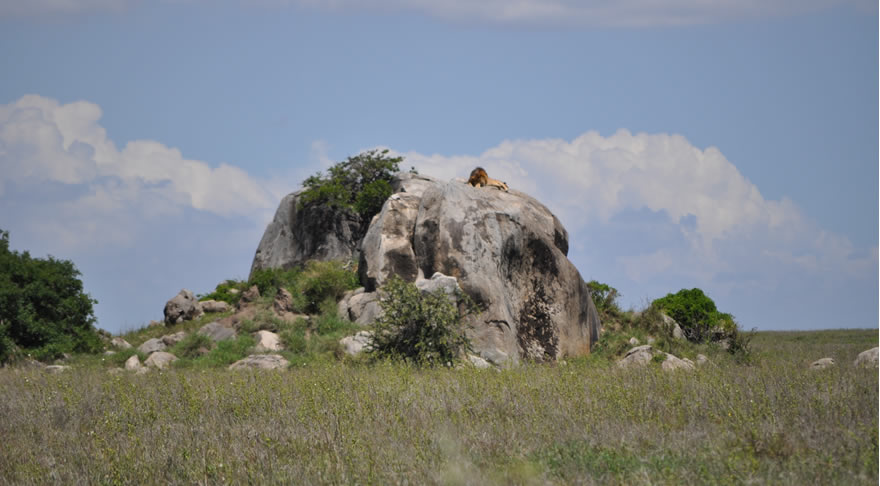 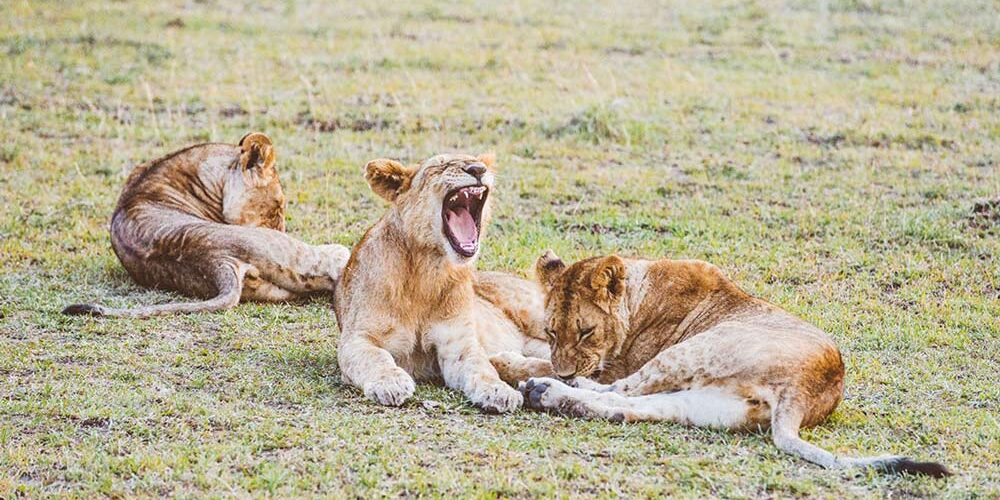 Kidepo Valley was first gazetted as a game reserve and upgraded to national park status in 1962. It covers an area of 1,442 km2 between 914m and 2,750m above sea level. Located in Uganda’s remote north east corner, Kidepo is one of East Africa’s last great wildernesses. Though for years Kidepo could only be reached by air, due to poor roads and perennial insecurity in northern Uganda, it is now a single day’s drive from Kampala. The park contains two rivers, Kidepo and Narus that flow only after heavy rain. During the dry months, wildlife is dependent on remnant pools along the Narus.
Uganda’s most isolated park is found in the country’s distant north-eastern corner, close to Kenya and South Sudan in the farthest extremity of the remote, sparsely populated Karamoja region. One of East Africa’s most magnificent wildernesses, the Kidepo landscape is one of tremendous drama with grasslands roamed by big game favourites extending towards rugged mountains in all points of the compass. It is an area of rich cultural interest for the plains around the park are dotted with the manyattas (homesteads) of Karamoja’s fiercely traditional pastoralists. The park consists of two broad, shallow valleys; Narus and
Kidepo. These are drained by seasonal ‘sand rivers’ that fill – and then only briefly – after rainstorms in the Morungule mountains. The Kidepo Valley and its tributaries are completely dry for most of the year while remnant pools persist along the Narus. Historically, these represented important water points for which local clans competed during the dry months (Narus means ‘muddy area’). Today, as the only permanent water within the park, these pools are equally critical for wildlife. As a result, the park’s wildlife, tourism activities and infrastructure are concentrated in the southern part of the Narus Valley around Apoka

WILDLIFE
Perhaps surprisingly, given the harsh climate, Kidepo’s savanna, bush and forests habitats support a wide diversity of mammals with 86 species. Indeed it is the only Ugandan refuge for number of species, including cheetah, bat-eared fox, striped hyaena and caracal while eland only occurs in Kidepo and Lake Mburo. Though buffalo are far from rare in Uganda, their huge seasonal congregations in the swamps of Kidepo’s Narus Valley cannot fail to impress. Elephant, Rothschild’s giraffe, lion, leopard, spotted hyaena and black backed and side-striped jackal are also present.
Kidepo boasts over 475 bird species, a number second in Uganda only to Queen Elizabeth National Park’s 604 species. The distinctive birdlist includes over 100 ‘dry country’ residents of northern Uganda and Kenya including a number that are endemic to the Kidepo region e.g. rose ringed parakeets, Clapperton’s francolin and Karamoja apalis. Other highlights include the ostrich, secretary bird, kori bustard, red-throated bee-eaters, the Abyssinian roller and the Abyssinian ground hornbill. Kidepo is also notable for 56 raptor species including the rare lappetfaced vulture, lesser kestrel and Denham’s bustard.

LOCAL PEOPLE
Most of the people bordering the park are Karamojong who, though traditionally nomadic pastoralists, are slowly adopting a more settled lifestyle. Interested visitors can visit their manyattas (homesteads) at Kawalakol, Lorukul and Karenga to learn about their traditional customs and dances. Karamojong stools, knives, spears and jewellery, are perhaps the most sought after crafts in Uganda. Visitors can also visit the Ik, Uganda’s most isolated tribe, which lives on the lofty, 2570m Mount Morungule on the Kenyan border. Visits to these communities require advance arrangement.

ACCESS
By Road
A road trip to Kidepo is an exciting adventure with various road conditions so a sound 4WD vehicle is required. Fuel is not available in Kidepo and clean fuel is scarce in Karamoja so plan accordingly. Be aware that road conditions in the park during rainy periods can be difficult. Refer to the Bradt
Guide to Uganda and Uganda Maps Sheet 10 (Kidepo) for more information on driving to Kidepo. The quickest and most popular route from Kampala to Kidepo runs via Gulu and Kitgum (571km). The road is surfaced as far as Kitgum and it is possible to reach Kidepo in a single day. The journey is however more relaxing with an overnight break in Kitgum and even more so with a detour to Murchison Falls NP If travelling to Kidepo via Kitgum, do try to return to Kampala by an alternative route to experience more of Karamoja. The 661km route via Moroto and Mbale passes through Pian Upe Wildlife Reserve and close to Mount Elgon National Park. Another option (700km) passes via Soroti and Mbale.

By Air
Charter and scheduled flights fly to Kidepo airstrip from Kajjansi and/or Entebbe international airport.

CLIMATE
The park has a semi-arid climate with just one light rainy season per year (April-September). The valley of the Narus River in the south of the park receives some 890 mm of rain per year while only 635mm falls in the Kidepo valley in the North.

ACCOMMODATION
The park runs a hostel with 21 twin-bed bandas, fourteen of which are self-contained. A 4-bedroom guesthouse for self-catering visitors is also available. The nearby Apoka Safari Lodge offers upmarket accommodation in luxurious cottages while mid-range options are found on the edge of the park at Nga Moru and Kidepo Savanna Lodge. There are also two scenically located campsites in the park at Kakine and Nagusokopire, A shelter, flushing toilets, water and firewood are provided as well as a ranger guide to entertain guests with cultural stories and other local information.

Outside The Park Community Walks
Community walks provide the opportunity to learn about life in the local Karamojong manyattas (homesteads) at Kawalakol, Lorukul and Karenga.

ACTIVITIES & ATTRACTIONS VALLEY GAME DRIVE
The Narus Valley south of Apoka is the park’s prime game viewing area as wildlife congregates here for much of the year. Look for buffalo in the swamps along the valley floor, giraffe on the drier slopes above and scan the rock outcrops for lions. In addition to the main game circuits at Kakine, Katurum and Nagusokopire, newly created loops to the north west of Apoka and to the south of the seasonal Crocodile Pool have opened up new parts of the valley to exploration.

View Points
Binocular viewpoints have been installed at Apoka Rest Camp, Nagusokopire Campsite, and Kakine Campsite. The latter enjoys a superb 3600 panorama that includes the Napore-Nyungea range, the Morungule Mountains and Mount Lomej in South Sudan.

Kidepo Valley Drive
Compared to the Narus, the dry Kidepo Valley is short on big game but massive on scenery and its vast scale more than justifies the 30km drive from Apoka. Pause on the Narus-Kidepo watershed at Lokimorigen to enjoy a spectacular view towards the looming, 2975m-high Jebel Lotuke in South Sudan before descending to the Kidepo River crossing to walk on the dry, sandy riverbed. Mammals are rare in the vast, semi-arid plains beyond the river but ostriches and secretary birds are often seen. Kanangorok Hot Springs, a modest cluster of small hot pools on the South Sudan border, make a convenient destination, 11km beyond the river. A ranger guide escort is required for this activity.

Nature Walks
Short nature walks around Apoka Rest Camp provide the chance to view species such as zebras, hartebeest and reedbucks. Longer walks through the open grasslands of East Kakine should provide sightings of giraffe, buffalo, elephant and perhaps distant lions. Visitors can also explore part or all of the 15km Rionomoe Trail on the southern side of the Narus valley. All walks require a ranger guide.

Bird Watching
Experienced ranger guides are available at Apoka to help locate and identify birdlife in the park’s various habitats.

Mountain Hiking
The Morungule range, which rises from the plains to the north east of Apoka, can be explored on foot with a ranger guide escort.